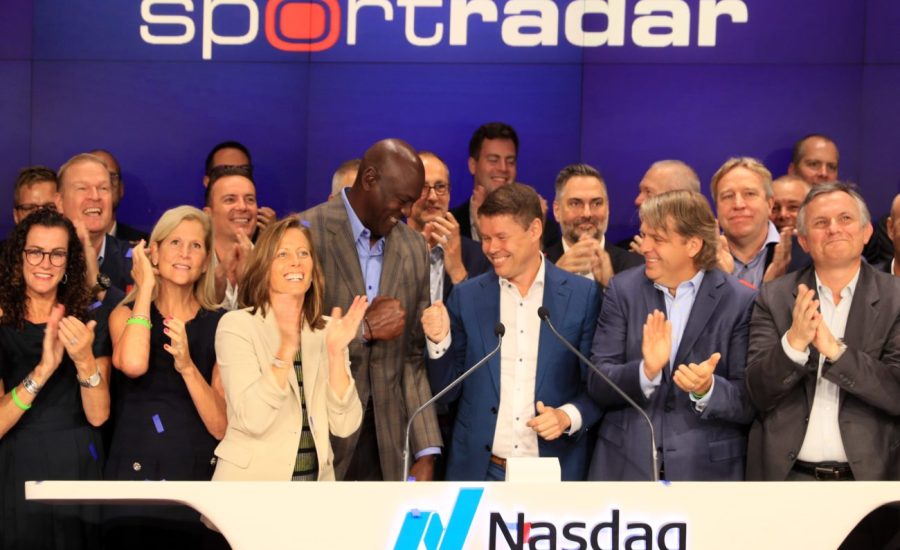 The announcement came as part of its second-quarter financial report, in which the provider also revealed that its revenue for the three months to 30 June was €177.2m, up 23.0% year-on-year.

In total, €29.1m of Sportradar’s revenue came from the US, up by 66.3% as the US market continued to expand. Rest-of-world betting services brought in €95.5m, up by 20.6% This, the business said, was mostly due to more focus on “higher-value-add” services such as managed betting services.

Rest-of-world audiovisual services to betting operators came to €39.7m, up by just short of 10% thanks mostly to new customers.

Other operations brought in a further €12.9m.

After also considering foreign currency changes and financial costs, Sportradar’s net income before tax was €21.9m, up by 5.3%.

The business put much of the proceeds from the successful year towards paying down debt.

After the announcement, Sportradar’s share price rose rapidly. After closing yesterday (16 August) at $12.00 per share, Sportradar trades are at $13.83 per share at the time of writing, an increase of more than 15%.

At the end of the quarter, Sportradar announced the launch of its Orako platform, which came out of the 2019 acquisition of Optima.

Following the successful quarter, Sportradar increased its full-year revenue guidance. Having previously expected revenue to fall between €665.0m and €700.0m, it now expects revenue to be between €695m and €715m.

Its expected earnings before interest, tax, depreciation and amortisation (EBITDA) remains at between €123.0m and €133.0m.

“As the world’s leading provider of technology solutions to the sports betting industry, our Q2 revenue exceeded our expectations for the quarter, growing 23% year-over-year,” chief executive Carsten Koerl said. “Confident about the momentum we have built in our business, we are raising our revenue guidance for the year.

“Given our strong cash flow generation and demonstrated good stewards of our capital, we have also chosen to pay down about half of our outstanding debt. We remain as confident as ever in the leverage and scalability of our business, and our ability to deliver results in the face of global challenges and economic conditions.”

Alongside the results, Sportradar also revealed that chief financial officer Alex Gersh would exit the business to pursue a new opportunity in the US.