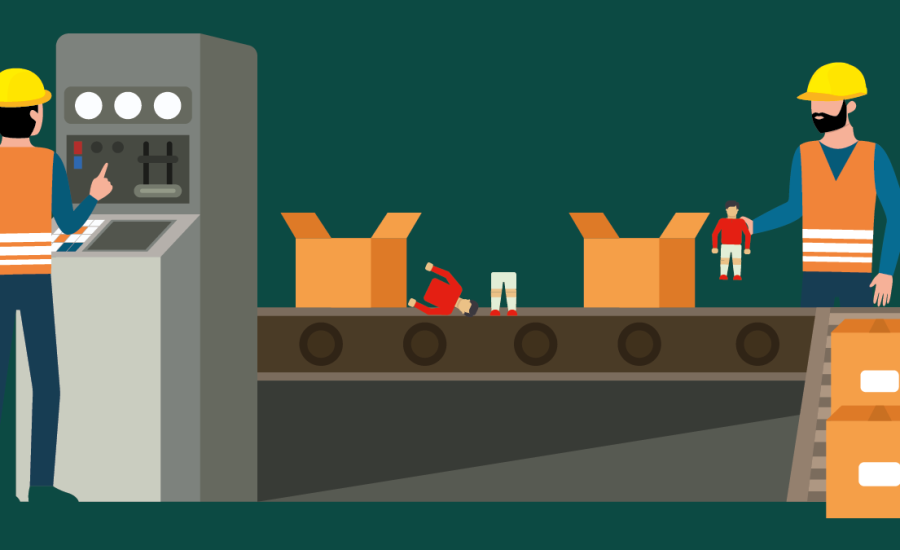 The debate over whether operators should build their own technology or use a third-party solution has raged for decades, but it appears to have grown more intense as the US market opens. However, as Daniel O’Boyle reports, it may not be a question with a clear answer

It’s said that if you want something done well, you should do it yourself.

That appears to be an adage many sports betting operators have taken to heart.

Hop on any earnings call for a US operator, and there will no doubt be plenty of mentions of “proprietary sportsbook technology”.

The demand among operators for in-house solutions is backed up by their money. In 2020, DraftKings merged with SBTech, valuing the supplier at $634.1m. Last year, Caesars acquired William Hill for $3.7bn, mostly for its proprietary technology.

Meanwhile, theScore announced a long process to build its own sportsbook technology, which surely played a major part in Penn National Gaming acquiring it for $2bn.

“I don’t want to get distracted by it, but it’s hard to ignore,” Kwiff chief technology and innovation officer Nick Maroudas says of the flurry of M&A targeting businesses that – like his own – control their own tech stack.

Though US businesses appear to talk about it more often as new operators set up and make decisions about their future, the debate between in-house and third-party sportsbook technology continues in mature markets of Europe as well.

Last year, Kindred announced plans to create its own sportsbook, moving away from Kambi to a system building on its existing horse racing platform.

As Kambi SVP for commercial operations Jamie McKittrick noted at the supplier’s Festival of Sportsbook event, it’s not a new debate.

“This debate, in some form or another, has been around for as long as mass sportsbook,” he says. “A search through the archives shows that the debate has gone on for at least 25 years.”

So why do operators look to create their own sportsbooks?

However, Sportnco head of sales David Bonnefous argues that, while the sportsbook sits between the operator and the data provider, it’s far from a middleman.

“The sportsbook is a high-quality catalyst between odds feeds from several origins and the high-quality feed delivered to an operator,” he says. “It gives you the most value from the data provider’s provision, allowing you to differentiate and ultimately add value to your customers.”

Operators that make the move will often speak less of cost savings, though, and more of freedom and control.

Kindred director of sportsbook Andreas Reimblad speaks of “control” as the main reason his business opted to build in-house.

“The decision to build on the in-house Kindred racing platform to power the Kindred sportsbook platform reflects Kindred’s long-term strategy of greater end-to-end control of its product offering, as well as providing more unique content and customer experience,” he explains.

“We have obviously seen a change in the market and landscape and with that, the need for operators to adapt, accelerate longer-term strategic plans, shore up supplier security risk and be able to collaborate in different areas with different providers.”

However, it takes a lot of work to obtain that level of control. Bonnefous says building an internal sportsbook is a massive task, often without a clear end result.

“The sportsbook is really the most complicated vertical you can have,” he says. “So I understand that operators may want to internalise as much as possible, but it’s not a short-term race.

“If an operator wants to build their own sportsbook, it would certainly take a lot of investment, iteration, challenges and a lot of hard work and uncertainty. Several major players have tried to build their own solution and failed, so the buy versus build debate is something that requires true in-depth consideration.”

What does it mean?

But what does owning your own technology actually mean?

Kambi appears to have thought deeply about that question lately, in a period where some of its most high-profile clients have announced plans to migrate to in-house solutions.

To the supplier, the question of in-house versus outsourced is a false dichotomy. While some operators elect to handle a much larger portion of their sportsbook internally, every operator will outsource certain aspects.

“We are not aware of a single operator that does everything 100% in-house,” McKittrick says, noting that even Bet365 outsources several of its products.

As a result, the supplier sees the question as more of a sliding scale than one with ‘yes or no’ answers.

“There are some things that will be in-sourced by many,” he says. “PAM and trading have of course been popular things to build in-house.

“Others likely will never be insourced – it doesn’t make sense to build out a geolocation platform. But there are other examples like payments, marketing tech functions such as CRM, and speciality products. People might be interested in owning their own trading team but for live player props they’re still using Swish Analytics, or a live trading solution.”

With Bettor Capital providing investment for sports betting technology startups, Heneghan says whether in-house alternatives exist plays a part in evaluating businesses, but it is by no means the only factor.

It’s easy to see in-house technology as strictly the domain of larger businesses. Many evangelists of the approach come from publicly listed operators, while the gold standard for home-cooked sportsbooks has long been Bet365.

If the matter reaches an equilibrium, one could imagine large-scale global businesses building or acquiring in-house tech, while sportsbook suppliers pursue deals with the next tier of operators.

But the market hasn’t fully shaken out that way. Flutter still uses outsourced technology with some of its brands, while some mid-sized operators have found working with their own technology makes the most sense.

After all, if an operator wants to break through in an established market, differentiation matters.

For Kwiff – which has built its promotional strategy around a system where any bet can receive enhanced odds – an in-house solution was necessary to create something different.

“We wouldn’t be able to get what we were after in terms of an offering to our customers with somebody’s else’s technology,” Maroudas says.

But even then, he notes that having control over a wide range of aspects of the product has become a key benefit.

And for multijurisdiction operators, Bonnefous notes that a third-party supplier can handle localisation issues – both in terms of marketing and regulation – allowing an operator to not get bogged down in small but crucial details. This, he says, is only becoming more crucial.

“The overall worldwide market is either regulated or moving towards regulation,” he says. “Each regulated market is very different, and there is no harmonisation between any regulated region.

“In the US, New Jersey and Maryland, two geographical neighbours, have incredibly different regulations for mobile sportsbook. As a consequence, the delivery of the sportsbook in each state needs to be very different.”

Giving his view of a potential “long-term equilibrium”, McKittrick argues it might involve most of the market landing in the middle of the sliding scale between heavily outsourced and heavily in-house.

In fact, the supplier said the tides are already starting to turn. Kambi chief executive Kristian Nylén noted the business has been in discussions with operators considering a move away from the in-house option.

Heneghan says the expansion of online sports betting across the US happened to coincide with a tech boom. As a result, investor sentiment was on the side of in-house solutions.

However, after tech stocks tumbled early this year, he says profitability is quickly becoming king.

“We’re not public-market investors, but we obviously pay attention to all the major operators,” Heneghan says. “And it’s become clear that more and more operators are focusing more on profitability.

“That shows market conditions have changed. Investors want to hear that there’s a light at the end of the tunnel when it comes to profitability.”

As a result, the means to that end will ultimately be less important than whether the operator in question can deliver results.

“The main thing is how individual operators improve their margins. If you own your own technology stack but your profit margins are significantly lower than expected, that’s not going to help with investor sentiment.”